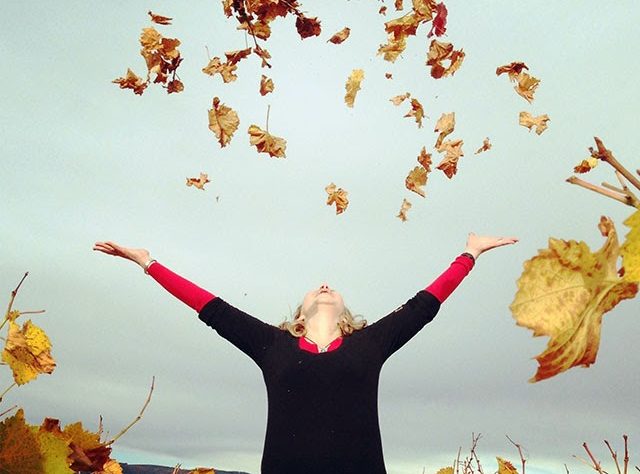 Last weekend was magical. Hungerculture organized a #findeenoturístico by El Bierzo to which we were invited a few instagramers:
@katia_tch resident in Vigo, with a captivating personality, @ pauliii28 a leonesa of the most friendly and with a photographic style that I love, @ juanpas9 local manager @igersmadrid a piece of bread and very professional, @misshedwig the Spanish instagramer with more followers, @martaar the mother of the first iger community that there was in the world (the last two I met during the #catalunyaexperience in which I won a place this year), @valentisanjuanlinked to the media and sports and @ tonipascualcuenca the person who best knows me in this life and the whole group who has less time on Instagram but with very faithful and active followers. 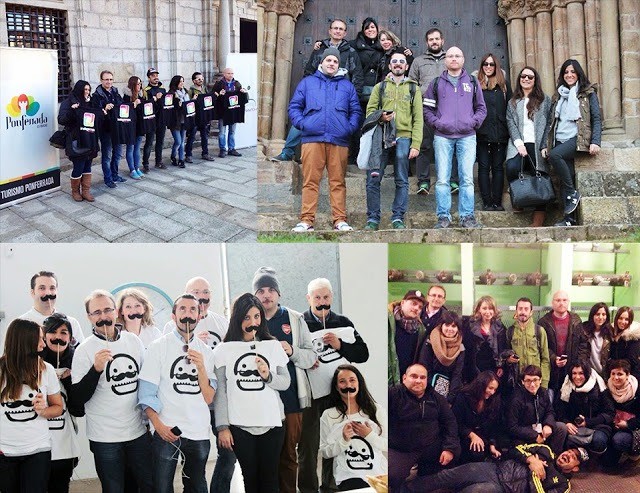 As I have never traveled by plane, we left by car at 5.30am from Tarragona and admired the changing landscape, marveling at everything we saw, the vegetation of Catalonia, the desert landscape of the Monegros, the colors of La Rioja (there we had lunch at a Valcarce service station), the plains of Castilla, and finally we arrived at 3:00 pm to Cacabelos where we would meet the head of Hunger Culture and the whole event, Alejandro Zabaleta and Estefania Luna , fashion designer, collaborator of Hunger Culture , muse and joy for all of us who have participated in this event.

Each of the participants had been assigned different hotels, in different points of the region; the majority in Ponferrada city, others like Carol and Marta, in Villafranca del Bierzo. Toni and I would stay at La Moncloa de San Lazaro in Cacabelos. A beautiful place composed of hotel, restaurant, cafe-lounge, palloza-tienda, patio and terrace, In Tarragona we had already been told about the Moncloa, but live is a place that transmits a lot of peace and where everything is taken care of.

After checking in at the hotel, we were introduced to the owner Hada , who invited us to some wines and a snack, she was very kind and attentive to us. As the rest of the participants would not arrive until the night, first we went to eat with Estefanía and Alejandro and then they took us to visit different places before it got dark. First, we admire from a rock the views towards the Bárcena reservoir, reservoir in the course of the Sil river, which serves for hydroelectric generation and as a cooler for the thermal center of Compostilla II. Despite the general drop in temperatures and rainfall throughout the peninsular north, here we were enjoying an autumn afternoon with a beautiful golden sky.

From there, they took us to Lombillo de los Barrios , a small village that is located at 760 meters altitude, so they promised us beautiful views, and good reason they had, the sky turned reddish from a viewpoint full of dry leaves reddish that inspired us for some photos and to admire in the distance an overview of Ponferrada city.
Once darkened, they took us to one of the towns where the Camino de Santiago passes, Molinaseca , where we could contemplate the beauty of the Bridge of the Pilgrims (of Romanesque origin) on the Meruelo River. We also wander a little through the medieval center.
After the long day, I would rest a little before meeting the rest of my classmates. They left us back to Moncloa de San Lázaro, where we were able to relax in the whirlpool and close our eyes a little (since 4.30 we were open).
A TaxiBierzo vehicle driven by Álvaro Cubero took us to Ponferrada , the journey was made of the most entertaining with the amount of detail he told us about the area, this kid would have to dedicate himself to tourism because it has wood.
At night we met and reunited all the aforementioned companions (except Paula who would do it the next day) at El Gatopardo Gastrobar ,

There we met @carlitaxyz , winner of a dinner with all the igers of the trip, very nice, with beautiful eyes :-)))

There were also two girls we did not know who had come to do a study about our trip commissioned by a university in Madrid, they are Pilar G Angulo and Esther Zarate , I have become superfan of them :-)))

there we were offered a pairing dinner with wines from Dominio de Tares :
Stick of Cecina, foie and jelly of quince + Vino Tombú 2012 (Prieto Picudo 100%, VT Castilla y León)
Cheese salad, roasted apple and balsamic apple + Lusco 2012 wine (Albariño 100%, DO Rías Baixas)
Crepes de chanterelles with chestnut cream + Vino Cepas Viejas 2008 (Mencía 100%, DO Bierzo)
Veal cheeks cooked with Mencía, mashed roasted pumpkin and truffle + Bembibre 2008 (Mencía 100%, DO Bierzo
Reineta Apple Pie
The wine pairing was commented by the finalist sommelier of Golden Nose 2012 Luis Miguel Fernandez , the tasting was the most enjoyable, because Luis tries to escape stereotypes so that, those who do not understand wines, we are comfortable in a relaxed atmosphere.
The combination of the dishes prepared by the chef of the Gatopardo Diego Pestaña , and the wines of Dominio de Tares gave us all a spectacular experience for the senses.

The Saturday morning was the most cultural and tourist, in the Plaza de la Ayuntamiento de Ponferrada , we met with representatives of the town council and the councilor of Tourism Susana Téllez . They showed us some of the main streets of the city such as Calle del Reloj, from where we accessed the Bierzo Museum to show us a photographic exhibition of Albert-Louis Deschamps and Kati Horna with different perspectives of the Spanish Civil War. We also accessed the courtyard of the old jail.
We continue down the street and in front of the Castle of the Templars, we find the Radio Museum , a space designed by Luís del Olmo , where we can find all kinds of transistors and radios of all time, as well as microphones, gramophones and other sound devices , all accompanied by graphic and video material to complement the entire visit, if you are nostalgic for the magic of the radio, this place will fascinate you.
Finally we finally entered the Castle of the Templars , where we were told of its origin, some ornamental elements, and we made a visit through its interior.

At the end of the visit, the taxis (this time with Mario Merayo ) took us to the Bodegas de Dominio de Tares , where the installations showed us the barrel room where the aging takes place as well as the vinification area.

Then they took us to the vineyards, which occupy the area that is known as Valtuille , and on top of a hill we were waiting for a catering of the Gatopardo with the chef Diego included who had prepared an outdoor banquet, overlooking the valley i the vineyards, a magical area where we can take many photos, and where we relax eating, talking and drinking wine.

In the afternoon we went to the National Energy Museum , located in what was the old thermal power station of Compostilla I. A guided tour took us through the world of coal, visiting the coal spring where coal arrived by rail, ship of boilers where the combustion of the coal and the turbine ship where the electric current was produced took place.

Finally, a bit of relaxation! Well, feel a Gintonic in the middle of the afternoon :-)))
At night, Toni and I did not have to worry about if we were going to be late, because the dinner was at La Moncloa de San Lázaro !!! A menu based on local products and sausages and I ordered a dessert that was a vice.

On Sunday they took us to Villafranca del Bierzo , where they taught us the Church of Santiago , with its well known Puerta del Perdón , where if a pilgrim did not finish his journey in this church he would forgive his guilt. We were also shown different streets and finally they took us to the medieval bridge over the river Burbia , point of entry to the town by the pilgrims, for that reason there is a statute that represents them at the end of the bridge. They explained to us that the bridge divides the town from what used to be the neighborhood of the weavers, who were relegated to the outskirts so that the noise did not bother the population.

From there we went to the Bodegas Merayo , where the owner, his daughter and the commercial director Rodrigo , showed us the winery, its different rooms of the different processes, and finally they offered us a picapica with which we tasted their different wines, and then They gave each of us a bottle. We were very comfortable with them, and how good was the níscalos soup that the mother had prepared!

Finally we went to the Palace of Canedo Prada to Tope , where Jose Luis Prada himself gave us a guided tour, a person who says what he thinks and that is appreciated in a world of so much hypocrisy.
He showed us where they make their wines, their famous champagne and also the process of handcrafting the sweet chestnut, which gave us a try and they were very good.
We ate many delicacies in his restaurant, among them Botillo , which I had never tasted and I liked a lot, and a chestnut dessert that drove me crazy !!!

At the end of the meal Estefania gave us a souvenir for each one, the Parachanclas !, As I do not know how to describe them for sample here you have the photo … thank you very much Estefanía, with your smile you have made the sun shine all the weekend when it was the area has only done bad weather :-))) 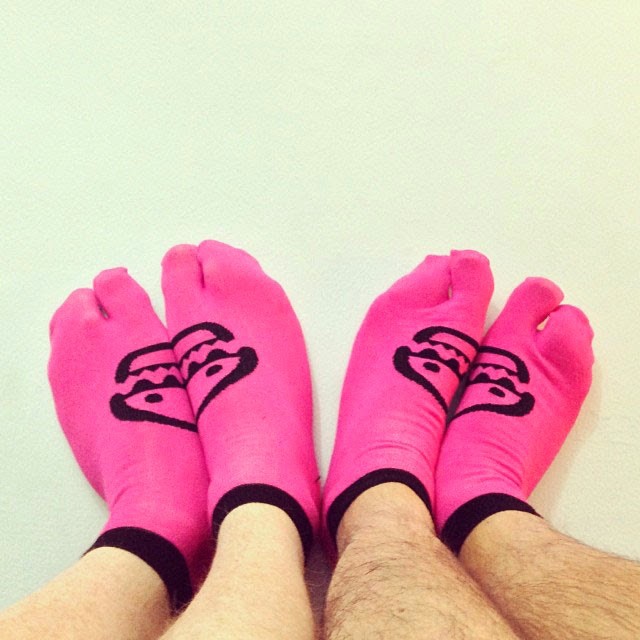 In the middle of the afternoon, little by little the group was reduced, Katia left before eating so she could arrive in Vigo by day, Carol, Marta and Valentí left immediately after eating with Mario on the way to A Coruña to take the plane to Barcelona , Juan, Pilar and Esther by bus Alsa on the way to Madrid.
Toni, Paula and I left together, we left Paula in León, where we met her mother Dory (an example of improvement and positivity) and from there we no longer stopped first until burgos, then to zaragoza and finally we arrived at 03:00 a.m. Tarragona, super-rested but very happy to have enjoyed this # findeenoturístico

From this humble blog, to thank Hunger Culture Igers Bierzo and Alejandro Zabaleta for having invited us, also my gratitude for all the collaborators of this event (by order of apparition in my weekend) Estefanía Luna, La Moncloa de San Lázaro, Taxi Bierzo, Gatopardo gastrobar, Ponferrada Town Hall, Dominio de Tares, Ferocarril Museum, Villafranca del Bierzo Town Hall, Merayo Winery and Canedo Prada a Tope Palace …. Thank you so much everyone!!!!!!