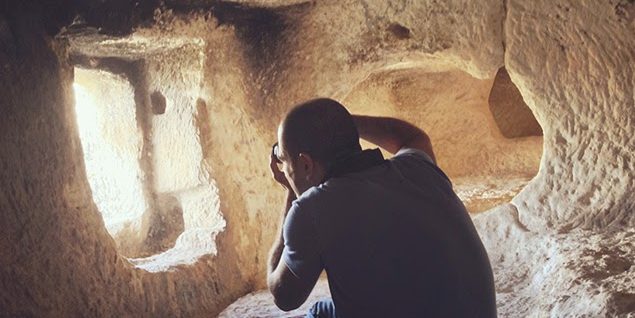 Bocairent is a municipality of about 4000 inhabitants located at the southern end of the province of Valencia.

In blogtrip #valenciainterior, we discovered some of the many important points of this population:

We arrived on a Sunday, and in the town square there were celebrations, with a medieval market, musicians and many people who wanted to have a great time. There we met Xavi Pascual responsible for Tourism in the province of Valencia and Mercedes who would guide us.

We start a very well conditioned path towards the Fos ravine, where there are excavated covetes, low passages that force you to crawl many times, but you can enjoy the great views through the 50 open windows on the rock itself.

Then they took us to the snow well of San Blas, where the snow brought specifically from the mountains was stored. Its low temperature helped to keep it longer.

We returned to the village, where we could walk through the medieval area, and in a cellar in the town square, we were given to taste several Daniel Belda wines, all very good.

Hungry, we head to the restaurant El Cancell to enjoy typical dishes of the area, such as Pericana: a sauce that is usually eaten on toast or accompanied by other dishes, which consists of a mixture of oil, dried tomatoes and salted fish called Capellanes .

In the afternoon, we went to admire for the last time the magnificent views of the town. To which I will surely return.